MAB / News / All / MAB Insight Series – Small Beginnings and the Merrifield Model (Part One)
September 1, 2020
All

In 2017, after working in local government for over 15 years, I felt like I needed a change in direction with my career. A job opening came up with a Melbourne-based property developer and I was intrigued to find out more about the role. I applied and was successful in securing the role at MAB Corporation.

It was the first time that MAB had created a role that was to be dedicated to community development and its Merrifield development: a mixed-use masterplanned community in Melbourne’s north.

Very early on in the role I was introduced to the corporate objectives that underpinned my role and the Integrated Planning and Delivery Model, which had been established early to help guide the development of Merrifield and shape its Community Development Plan. 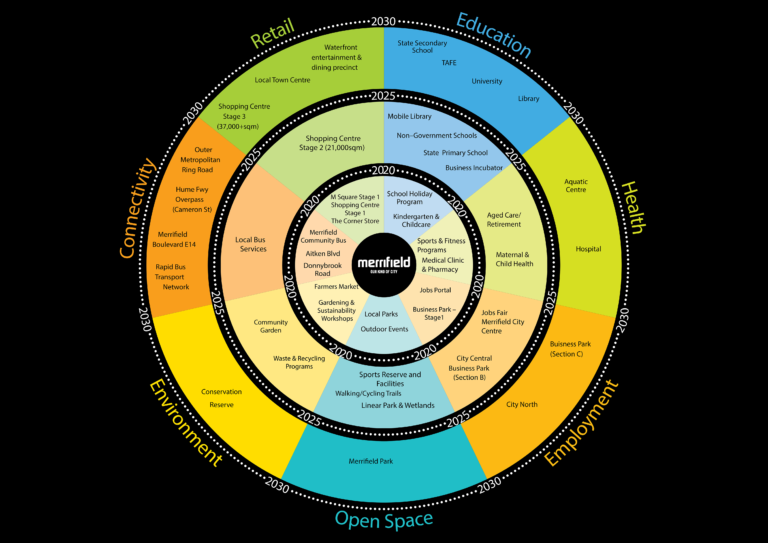 Clear to me right from the start, was the commitment that MAB had to the role and the considerable thought that had been placed on the importance of growing and nurturing a grass-roots community.

The Merrifield vision adds value beyond the masterplan offer: improving the overall customer experiencing, enhancing community connectedness and wellbeing, and creating a place that is authentic.

The first three years of the Community Development Plan were very much focused on the inner ring of the Integrated Planning and Delivery Model. Early delivery of the Stage 1 park (now known as Foundation Park) prior to the first residents arriving, and the facilitation of a range of programmes created a vibrant community hub from the outset.

Community initiatives included the pop-up container café ‘The Corner Store’, Auskick programme, the Hume City Council Mobile Library, outdoor fitness classes and the Merrifield Market, all of which helped facilitate community connections and activation of civic space in the early years of the development. The aim of these early interventions was to set the stage for the delivery of the bricks and mortar that was to come. 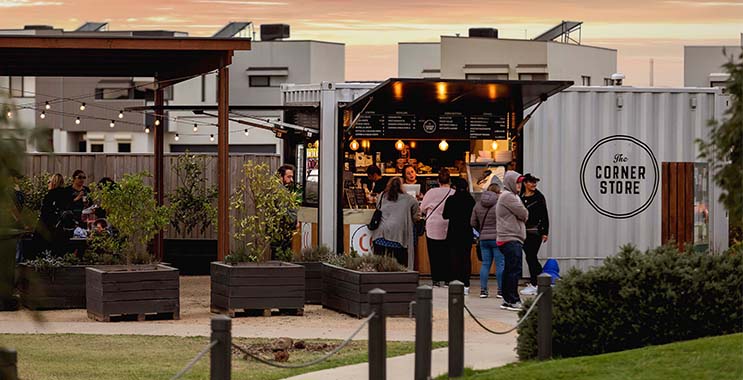 The Community Development Plan helped identify the need for Active Open Space in Merrifield and led to the establishment of the Merrifield Panthers Sporting Association (MPSA).

In 2017 one of the first initiatives delivered was the Merrifield Auskick programme. The first year was managed directly by AFL Victoria and in its second year, a Merrifield resident volunteered to manage the initiative. The programme grew from 20 participants to 40 participants over three years, demonstrating the importance of local residents support to drive and support ongoing growth of sports such as the AFL in the northern growth corridor of Hume.

In addition to the Auskick programme, MPSA now has three basketball teams that participate in the Craigieburn Basketball Association and has been identified by Hume City Council as the tenant for the future sporting pavilions at the Merrifield Active Open Space precinct. As the lead umbrella sporting association, MPSA will expand to a range of other sports including tennis and soccer. 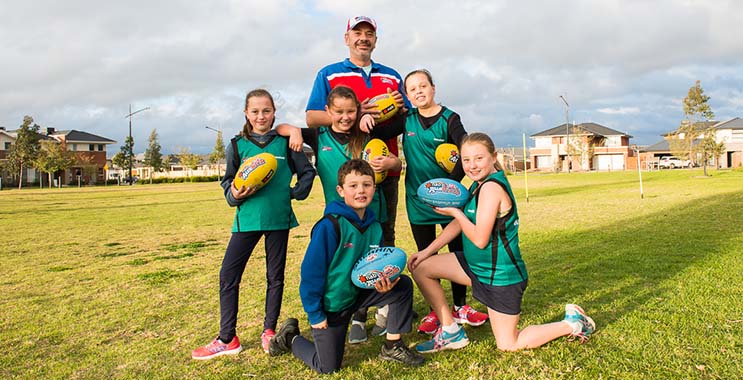 Another example of how this early development of community initiatives led to positive and long term sustainable outcomes is Merrifield Connect, MAB’s developer-initiated community bus service. This initiative will be covered in Part Two of the series.

This year we are seeing a number of important community milestones underway with construction of the State Primary School, Community Activity Centre and Stage 1 of Merrifield City underway.

In three years we have achieved so much in this space and I am incredibly proud of the community development work at MAB and the support from the Merrifield project team.

In Part Two of this series we will take a closer look at the Merrifield Connect community bus service and how this initiative helped advocate for a broader range of programmes, services and infrastructure for the residents of Merrifield.